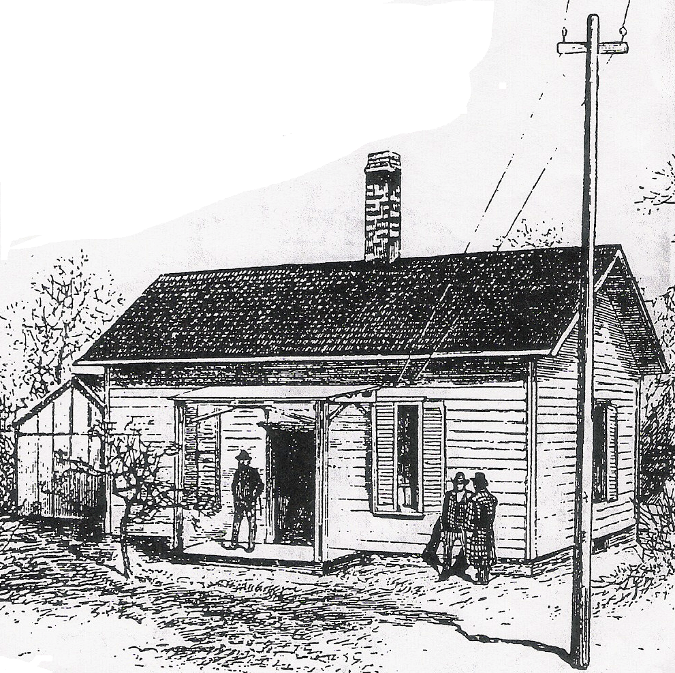 The small building just outside the Garfield home is the campaign office. It was originally a bunk house when the Garfields purchased this property in October 1876. By the following April, James Garfield was converting it into a library. He had carpenters at work, laid new flooring, and ordered bookcases. The bookcases and books in this building are original. Keep in mind that Garfield had another library at his home in Washington. This building remained a library until June 1880, when it was became Garfield’s presidential campaign office.

A telegraph was installed in the building, allowing the presidential nominee to communicate with Republican politicians from all over the country about the unfolding campaign. Thousands of letters were answered in this building, most by Garfield himself or his private secretary, Joseph Stanley-Brown. Requests to work for the campaign, for autographed photos, and to bring groups of businessmen, farmers, immigrants, and Civil War veterans, black and white, to come to the farm to hear and meet Garfield, were read and replied to in this tiny one-room office.

On election night, November 2, 1880, the returns came in over the telegraph. Nine-year-old Irvin, the Garfields’ second-youngest son, was “a perfect little Mercury,” according to Patty Mays, the Governess. He dashed between this building and the parlor, returns in hand, delivering them to his mother and grandmother, his sister Mollie, and the other female relatives and friends who had gathered there to await the election results.

At about 11.00 p.m., the telegraph announced that James A. Garfield had won the State of New York, and with that, the election. Congressman Garfield was now President-elect of the United States.