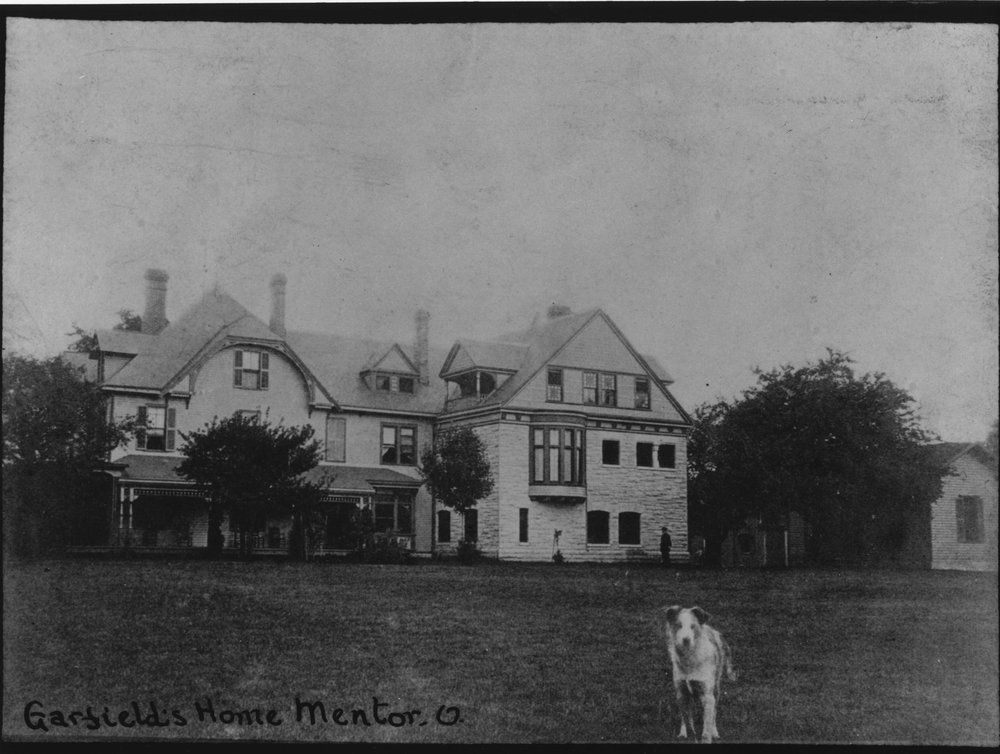 The east lawn was family space. Some of the area was devoted to gardens—flowers, vegetables, and perhaps berry bushes at different times. But mostly it was an area for the family to gather and play.

At the end of the long days of August 1880, when the work of the presidential campaign and the farm were done, James Garfield enjoyed playing croquet on this lawn with his children and some of his young campaign aides.

After Garfield’s death, this area remained a family gathering spot. A number of family photos taken over the years show Mrs. Garfield, her children, and grandchildren on this lawn. The new memorial library was the backdrop for wedding pictures taken on June 14, 1888, when the oldest of the Garfield children, Harry married Belle Mason, and Mollie Garfield, the only surviving Garfield daughter, wed Joseph Stanley-Brown in a double ceremony. A postcard view from 1903 shows two young boys, perhaps two of Mrs. Garfield’s grandsons, playing catch.

As the years went by and the property matured into a country estate, a number of changes were made. A walk-in gate with stone fence posts invited visitors onto a lane that led to the porch and office. New trees, including the imposing weeping beech, were planted. A sketch drawn by Mrs. Garfield about 1894 shows a clay tennis court between the campaign office and the new windmill.