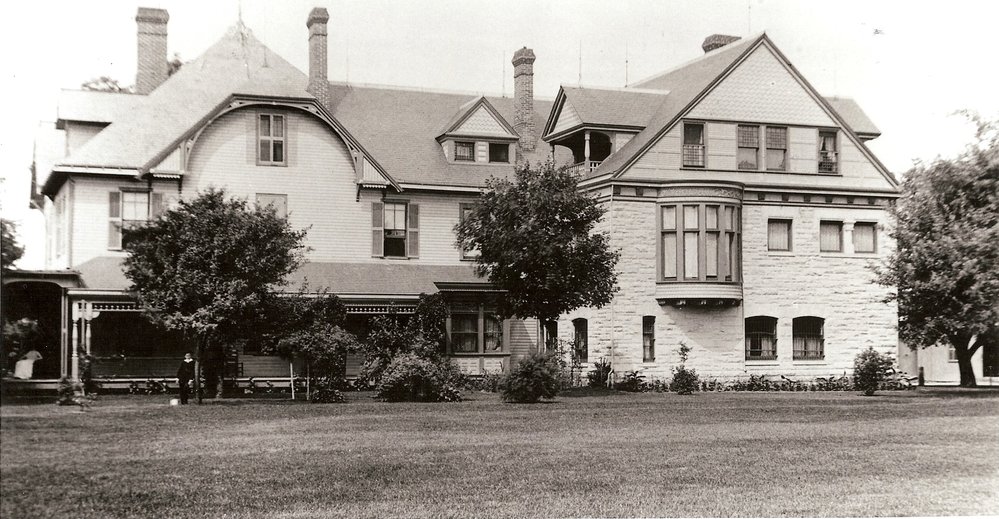 The nine-room addition visible from the back of the Garfield home honors the memory of the twentieth President of the United States.

When President James A. Garfield died in September 1881, he left behind a large family, which included five children. Desiring to preserve her husband’s memory for those children, and for future generations of Americans, Garfield’s widow, Lucretia, constructed a library to contain what she called her husband’s “literary remains." The white oak bookshelves within hold 1,600 of the nearly 4,000 books James Garfield owned. However, it was the fireproof vault, which housed the President’s personal and public papers, that distinguishes this space as the first presidential memorial library. Mrs. Garfield painstakingly collected, organized, and cataloged her husband’s letters to family, friends, and politicians, as well as his speeches and diaries. Kept throughout most of his life, these writings document his struggles, his failures and successes, his fears and desires.

The locally quarried Berea sandstone connects this structure to the Garfield Memorial in Lake View Cemetery, just 20 miles away in Cleveland. The final resting place of James and Lucretia Garfield, it was constructed of the same stone, forever tying together two structures dedicated to the memory of our twentieth President: James A. Garfield.