5. Along The Historic Lane 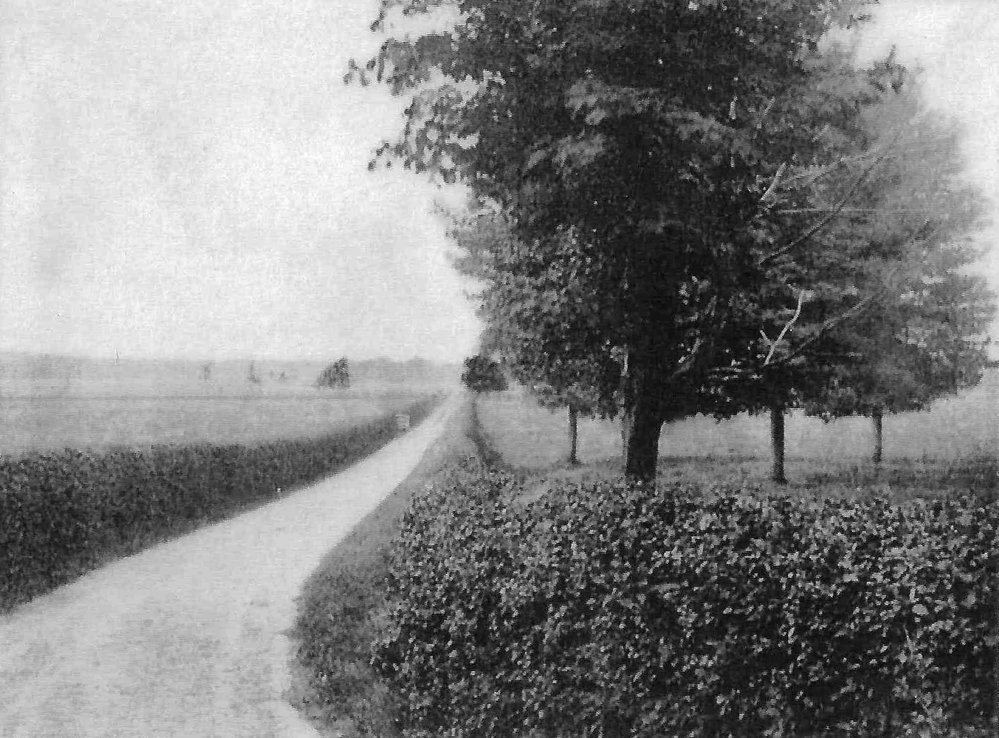 The path that leads south from the Visitors Center – toward the Garfield home – was once a dirt path, and extended practically the entire length of Congressman Garfield’s farm, from a wood lot at the extreme north of the property - toward the parking lot – through fields of grain, vegetable crops, and orchards. Railroad tracks cut across his property about a mile to the north. They are still in use today, and you might hear a train passing as you walk on this property today.

In 1880, during the presidential campaign, groups of visitors came by train and walked up this path to the front porch of the home.

Around 1900, Lucretia Garfield implemented a landscaping plan that joined this path to new paths connecting the properties of her sons Harry and Jim, which were located to the east and west of where you are standing.

There are three very large trees along the west side of the path that family tradition says were planted by Mrs. Garfield and her daughter-in-law, Helen Newell Garfield, about 1904. Look for the massive Copper Beech near the red tenant house; the magnificent London Plane (sycamore) next to it; and in the far corner near Mentor Avenue, spy the majestic Gingko tree, a species of which Mrs. Garfield was especially fond. Representations of the Gingko can be seen, carved in the exterior woodwork, and inside the Garfield home.