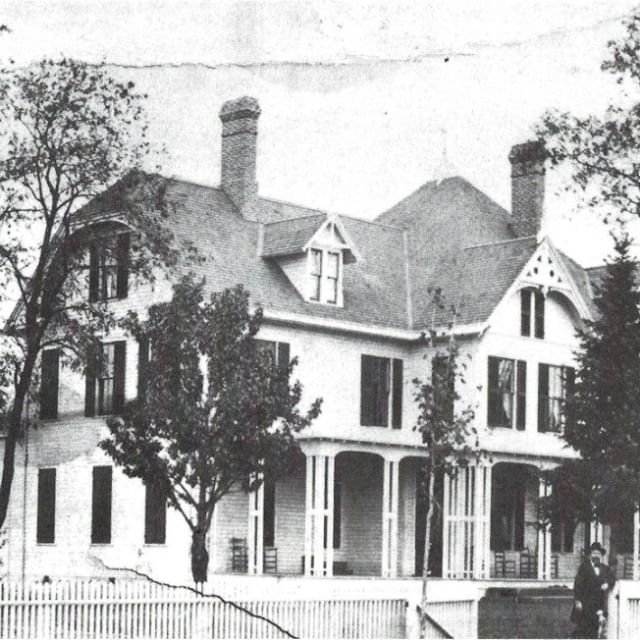 As one of the Republican Party’s best orators, James A. Garfield had delivered hundreds of campaign speeches. Now, as the Republic candidate for President, thousands came to his home to hear him speak. They traveled by train and took the same path you are on today, or traveled by carriage on Mentor Avenue, approaching the house as visitors do today. Over 17,000 visitors, including workmen’s delegations, Irish and German immigrants, women’s groups, African American groups, Civil War veterans, partisan supporters, and bands made the journey to Mentor, Ohio during the presidential campaign in 1880. Garfield’s neighbor E.T.C. Aldrich remarked in his diary about the groups of visitors to the farm in October 1880: “867 Cleveland businessmen, 440 Indiana men, 1267 soldiers, 570 ladies from Cleveland, 441 Germans, and many others....” Garfield delivered short addresses that were tailored to the interests of each of these groups. One day during the campaign, while Garfield was addressing a group of visitors from his front porch, “a high-pitched voice interrupted his speech with a yell” “Hurrah for Hancock!” Heads turned to see the embarrassed face of Garfield’s own seven-year old son, Abram, who apparently thought it a cute prank to shout for Garfield’s opponent Winfield Scott Hancock before his mother whisked him away. Fortunately for Abram, his father “could only laugh”. It was during this time that James A. Garfield’s Mentor farm got a name. The first time the name “Lawnfield” appeared in print was June 24, 1880, but this is not to say that this was the very first mention of the name. Lucretia Garfield was not fond of it.