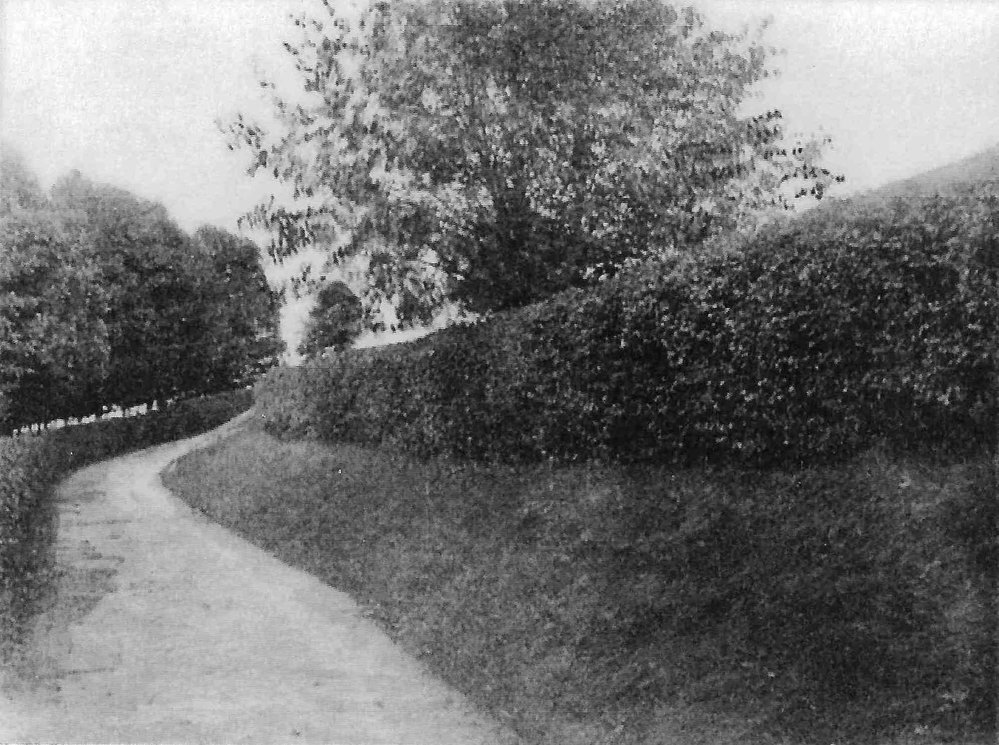 The farm which James A. Garfield and his family owned was 158 acres.  Out of that total acreage twelve acres were around the house, yard, garden, orchard, barns, and other outbuildings, and another 70 were cultivated, while the rest was woods and pastures. When he bought the property in 1876, Garfield said, “I must get a place where I can put my boys at work and teach them farming. I think this farm will always be worth the price I offer, and probably more by and by.” During the four summers that he was here, Garfield took an active interest in making the farm modern, scientific, and productive.

The building closest to the fence is the horse barn.  This barn was built behind the home in 1877 and moved here in 1893 when the new Carriage House was built.   The large, elevated building is a granary. This building is believed to be from before the Garfield’s time.  Most of the crops grown on the Garfield farm were grains such as wheat, oats and corn to feed the farm animals; they were stored in this building. The smallest building is the chicken coop, which was located in this area when Garfield lived here; the current building was also built in 1893. Most of the area that is now parking lot was the chicken yard. To the west of the farm buildings is a small fruit orchard, representative of the trees that were here in 1880, including four acres of apple trees, and two acres of peach trees.

On a typical day during the campaign, the candidate rose about 6 a.m., worked on his correspondence, welcomed visitors, and scheduled and managed the ever-present farm work. While you are standing on the path can you imagine what it would have been like when the property was a farm.