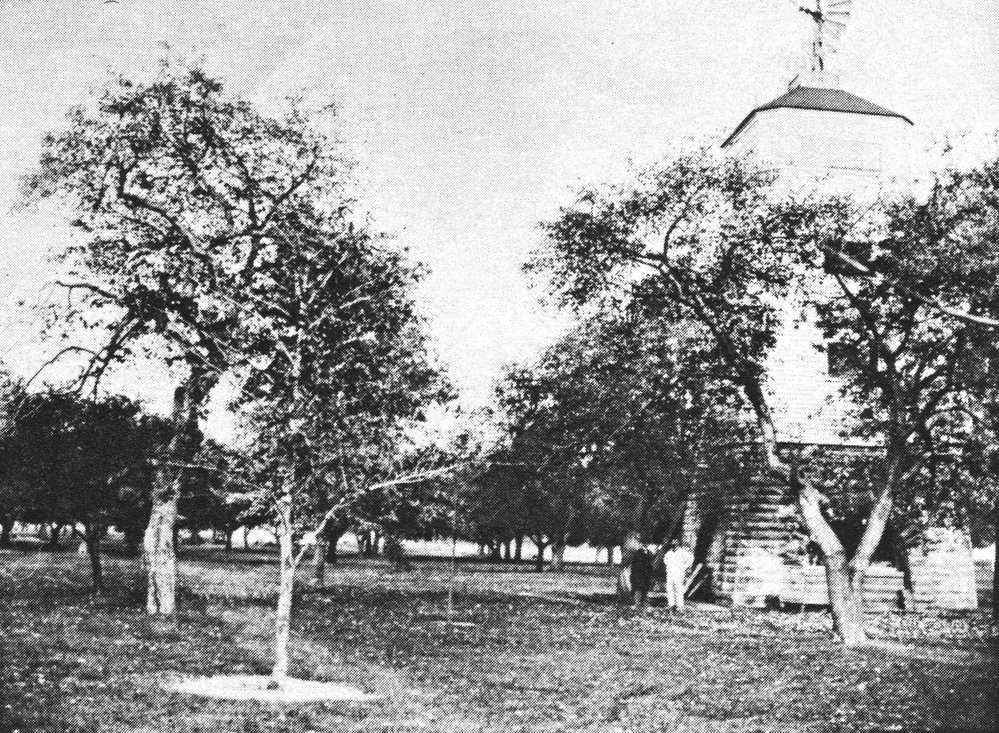 After her husband’s assassination in 1881, Lucretia Garfield showed determination, courage, and intelligent command as she managed the affairs of the farm and family. The gasholder and windmill, both built at her direction, significantly improved the function and comfort of her home.

The sandstone gasholder, located at the east end of the Carriage House, is a rare example of a once-common building type and technology. It was constructed in 1885 – three years after natural gas was discovered on the property—and served to maintain the pressure of gas through the pipes that carried it to the home. Natural gas was an integral part of the functioning farm, providing the primary fuel for cooking and heating of the main house. It also provided the fuel for lighting in the main house, carriage house, and the tenant house. A peek inside the door window reveals the two central components to the gasholder; the cylindrical metal tank and brick holder.

The windmill was built in 1894 to supply water to the Garfield house and the surrounding farm. The enclosed tower provided protection for a water tank and well. The wind supplied the power to pump the water, through a system of underground pipes, out to the fields and into the home. Architecturally, the 62 foot structure is unusual for the period, being a mix of heavy stone and a wood frame. By the late 19th century, it had become a sign of status to have a windmill with an elaborate tower.